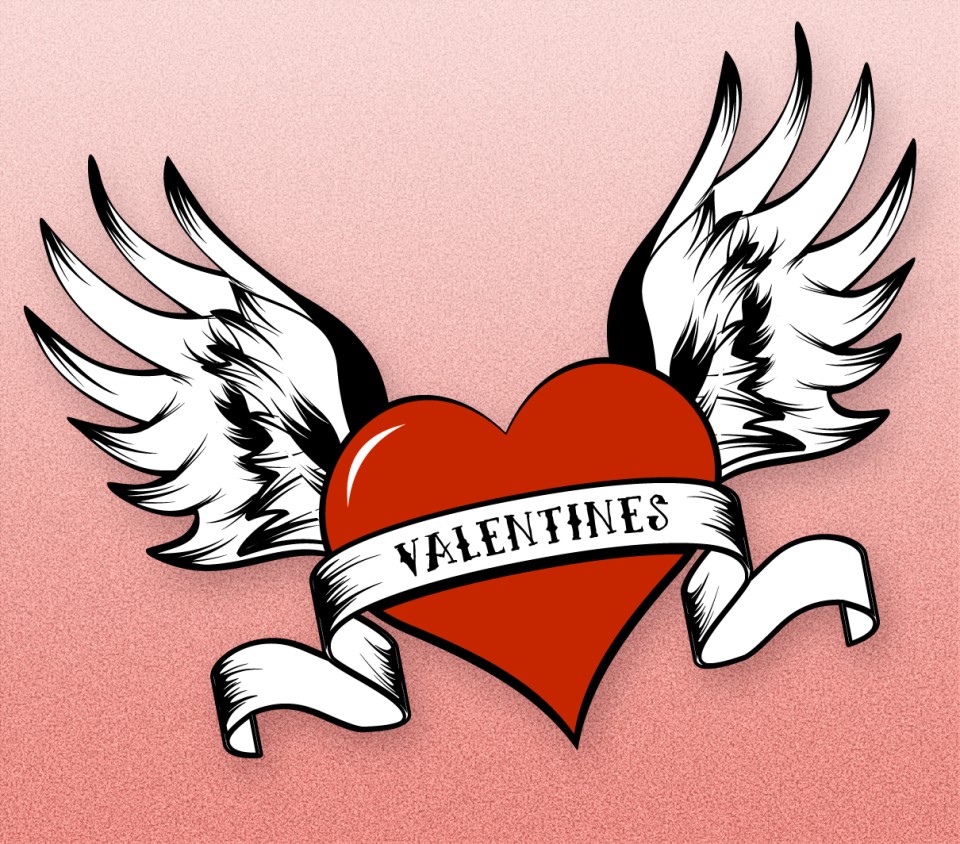 Valentine’s Day – the most romantic day of the year, right? At Pad, we’re busily designing cards for our loved ones, though we’re not sure whether to team them with a dozen red roses or just see what we can get from the petrol station on the way home.

And when we heard that Valentine cards will account for a quarter of all cards sent this year, we wanted to know how it all started. What we discovered was a tale of stripping, spanking, an execution and a massacre – a far cry from your average Valentine card.

It all began in ancient Rome when 14 February fell right in the middle of Lupercalia, the pagan fertility festival. Then, young men would strip naked and use whips to spank the backsides of young women in order to improve their fertility.

The day itself is named after Valentinus, an early Christian saint. The Roman Emperor, Claudius II, would not allow his soldiers to marry but Valentinus went behind his back and performed several clandestine Christian weddings before he was caught and sent to prison. While he was in prison, he is said to have healed Julia, the blind daughter of his jailer. The jailer’s family converted to Christianity on the spot but the powers-that-be were less impressed and ordered his execution. On the eve of his execution, Valentinus wrote to Julia, signing the card “Your Valentine”. And so the Valentine card was born.

The oldest Valentine card in existence is in the British Museum. It was written in 1477 by Margery Brews to her fiancé John Paston. In it, she tells John she has asked her mother to put pressure on her father to increase her dowry, while at the same time saying that, if he loves her, he should be prepared to marry her anyway.  Apparently, it worked and the couple went on to marry and had two children.

It was the Victorians who made Valentine cards popular in the UK and soon they were mass-produced in factories to keep up with growing demand. Early Valentine cards often featured hearts and flowers and were decorated with lace and ribbons.

Love it or hate it, it seems there’s a lot more to Valentine’s Day than a simple greeting card.