The next J K Rowling? 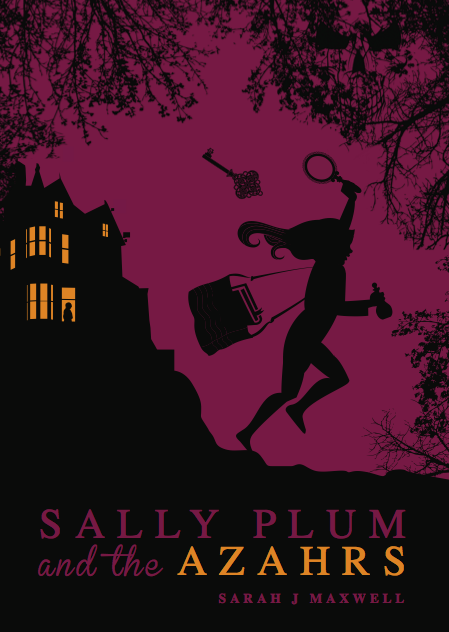 Our very own Office Manager, Sarah, has taken a step into the creative world of writing and we thought the best way to congratulate her was to write a piece about her book and tell everyone who visits our site, where they can buy it. That bit is easy. It’s available to download onto Amazon Kindle and for a limited time is FREE!

Sarah has worked with Pad now for six years and she is as much a part of the team as any of our designers. We are a bit like a family here and so when someone embarks upon something new, whether it’s getting married or writing a book, the rest of the team are 100% behind them. Of course it saves a huge amount of awkwardness if the “something new” exceeds everyone’s expectations.

Sarah has two young children, so finding the time to write is something in itself but her hard work and dedication to the project has well and truly paid off. Her book, ‘Sally Plum and the Azahrs’ is a terrific fantasy novel aimed at Young Adults (teenagers), and Pad designer Bex (definitely NOT a teenager) was one of the early proof readers for Sarah and claimed the book was “brilliant” announcing “I can’t wait to find out what happens next.” That was over two years ago. Since then, Sarah has rewritten, refined and finally come up with a finished manuscript that she wanted to share with everyone.

You can dip into her novel on the Sally Plum Facebook page and if you want to meet Sarah, and especially if you have any children, you can take a stroll along to Chislehurst’s The Big Draw on Saturday 28th September (between 1 and 5pm) where she will be doing a reading and answering any questions.

We hope you will join us in supporting Sarah in her quest. How thrilling to be able to say you were right there at the beginning of the career launch of the next J K Rowling!

As a final note, Sarah has insisted we publicise her deepest thanks and appreciation to the whole team for letting her print copies of her manuscript in the early stages, through to helping with proof reading and general support, to the quite magnificent front cover, designed by Bex.